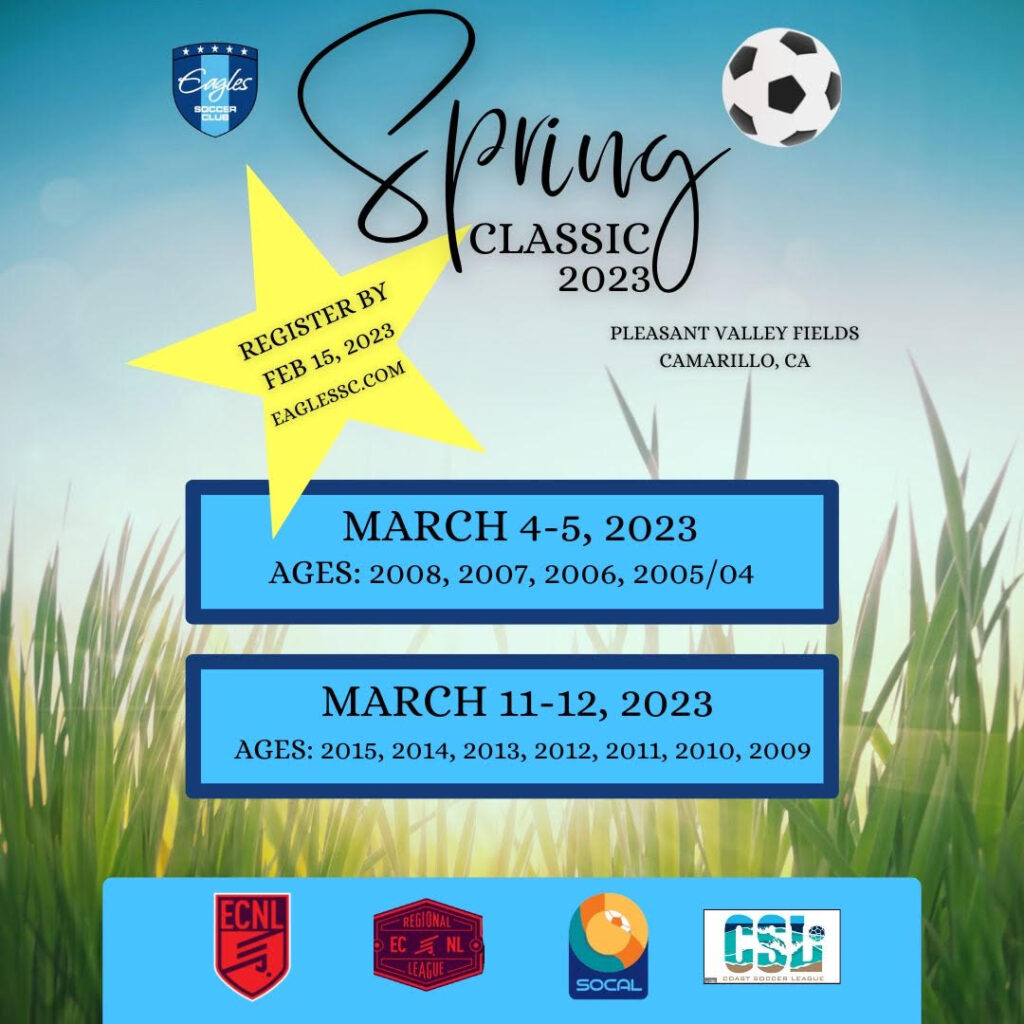 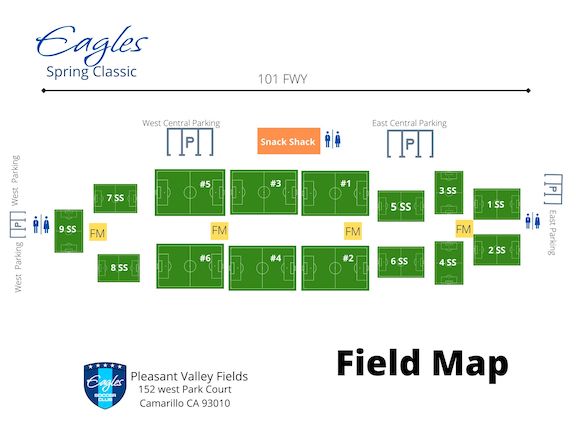 NO DOGS ALLOWED AT FIELDS DURING THE TOURNAMENT.

*The tournament has a running clock in pool and playoff games unless professional medical care is required on the field (i.e., paramedics). All pool and playoff games will be terminated if not less than 5 minutes prior to the scheduled start of the next game regardless of the amount of time played in each half up to that point. A game is complete upon the completion of one half of play, regardless of the circumstances of termination during the second half. The results shall be based on the score at termination.

**No overtime shall be played for pool play games. Playoff games ending in a tie will go directly to penalty kicks. Final games ending in a tie will play two equal overtime halves following a 5-minute break. No break will occur between overtime periods. If the game is still tied after overtime, penalty kicks will determine the winner. Penalty kicks will immediately follow the game, but, subject to field scheduling, may be moved to a different field at the same venue.